Michael’s* start in life wasn’t ideal. His 16-year-old mother knew she couldn’t provide for him, so she gave him up for adoption. That’s when Michael’s new parents found him, trying desperately to make up for his rough beginning. 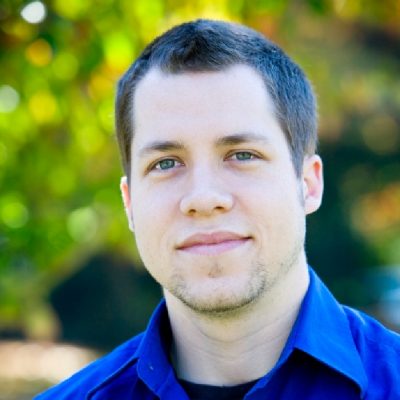 “I was a spoiled little brat. I wanted everything and I got everything I wanted,” he said. “As I got older, money got tighter. Stuff I wanted couldn’t be bought. I guess that’s kind of why I started not listening.”

That’s when the problems arose.

“I was running away. I was doing any drug I could get my hands on,” he said. “(I was) constantly at my girlfriend’s house. I didn’t listen to anyone at all.”

Michael and his girlfriend used methamphetamine, heroin, cocaine, and marijuana.

“(My parents tried to) stop me and save me, but I didn’t want to listen because I was so focused on my next fix.”

Although Michael knew he was on the wrong path, he couldn’t stop his destructive decisions. One day, he was punching the wall, and his father tried to stop him. That’s when Michael kicked his father in the face.

“I was high on meth,” Michael said. “I felt so bad and I still feel bad about it. I was tearing the family apart.”

Then Michael ran away.

“I was scared of myself because I never thought I would ever hurt my father, ever.”

Soon after, he went to a treatment center. But he ran away from the facility with another resident.

They were doing drugs and stealing cars. He remembered hot wiring a black Mercedes-Benz.

“The dude had left his license in there and he looked like me, so I took his license, too,” Michael said. “I drove it for like five blocks and then I got out because it was a stick shift and I really couldn’t drive it.”

Days later, he returned to the treatment center, enraged.

“I started breaking stuff,” he said. “I kicked the door down. I punched a hole through the door and a couple holes through the wall. I hit and hurt so many people and myself. I think I gave myself a concussion (because) I hit my head on the wall so hard.”

Michael was then transferred to another treatment facility. He was becoming accustomed to being locked up.

“I had gotten used to it, almost too used to it. It was scary. It didn’t bother me at all.”

But then, he arrived on the campus of Yellowstone.

“Every time I got tired of a place, I would just try to do something so crazy, so stupid that they wouldn’t want me here,” he said. “But they made me stick it out and this place wouldn’t let me leave. They didn’t send me away. And that’s when I started shaping up, honestly, because I knew they wouldn’t give up on me.”

Michael also knew that after Yellowstone, his next stop would be jail. So he tried to make a home for himself in Fortin Lodge. But his first months at Yellowstone weren’t without struggles.

“I was always on consequence.”

He had chores, writing exercises, workout regimens, and limited privileges. But over time, he started developing relationships with staff and earning their trust. That’s when he began to work with animals, and he even formed a special connection with a horse named “Lina”.

“He taught me how to brand and tag. I wanted to do it by myself right away, but he wanted it done right. It took a year before I could brand on my own.”

But his time with Gary wasn’t just about working with cattle.

“He’s also taught me some life lessons. He’s said a lot of wise things,” Michael said. “He pulls me aside after we’re done working and we talk for a little bit, whether it be about God or just how good we did.”

Michael started to become a leader on campus. He mentored younger residents and worked several jobs on campus. He participated in individual, group, and family therapy sessions. After a year and a half at Yellowstone, he feels ready to return home.

“I’m going to tackle my brother when I first see him and give my mom a big hug; my dad, too.”

As a graduate of Yellowstone Academy, Michael plans to move directly toward his career goals. He wants to earn a scholarship to go to a fire academy and then become a fire fighter. Although his goals are set, he said he knows temptations will follow him.

But he said the lessons he has learned at the Ranch will guide him. And he won’t forget that Yellowstone saved him when he couldn’t save himself.

“It feels so good to know that I can go home and be a sane person and have a normal life.”